It was the 82nd running of LeMans, as organized by the Automobile Club de l’Ouest (ACO) since 1923. The race was the third round and the premier event of the 2014 FIA World Endurance Championship, with half of the race’s fifty-five entries contesting the championship.

The race was won by the No. 2 Audi driven by Swiss Marcel Fässler, German André Lotterer, and Frenchman Benoît Tréluyer, who previously won Le Mans as a trio in 2011 and 2012. The victory was Audi’s thirteenth since the company debuted at the race in 1999. The Audi team took the lead after the No. 7 Toyota came to a stop after leading half the race distance, but were challenged by Porsche when two Audis required turbocharger replacements. The No. 1 Audi finished in second place, three laps behind the race winners, while the No. 8 Toyota recovered from an accident in the first hour to finish in third.[1] The LMP1-L category was won by the No. 12 Rebellion Racing Rebellion-Toyota of Nick Heidfeld, Mathias Beche, and Nicolas Prost, the sole finisher in the class. The LMP2 class finished with the Jota Sport Zytek-Nissan of Simon Dolan, Oliver Turvey, and Harry Tincknell ahead of the TDS Racing Ligier-Nissan by less than a lap’s distance. The No. 51 AF Corse Ferrari won the LMGTE Pro category with drivers Gianmaria Bruni, Giancarlo Fisichella, and Toni Vilander, while the LMGTE Am category was won by Aston Martin Racing’s trio of Danish drivers: David Heinemeier Hansson, Kristian Poulsen, and Nicki Thiim.[2] Approximately 263,000 spectators attended the event, the largest crowd since 1989.

Okay, those were the facts as anyone could look up on Wikipedia or just about any other website, just like I did.  Why ?  United Airlines left me stranded in Washington DC with a broke down 767 and was unable to get me to LeMans before the end of the race.  They did put me up in a very nice hotel after I spent hours and hours in the airport and standing in lines to be rebooked.  I’ve traveled for a living  in the past, so you would think I would learn not to trust an airline, especially United, but no, I took them at their word that I would be there even a day early for the race.

What I spent weeks planning and thousands of dollars investing in; United Airlines was able to dismantle in two short days.  There were electrical problems on the plane when we left Houston; we were delayed for mechanical issues and when we were flying to DC no one’s overhead lights worked.  So, instead of fixing the problem at their major hub, they moved it to DC and stranded hundreds of passengers.

Anyways, I’ll get over it, but I don’t have any pictures or personal experiences to share with you.  Maybe next year I’ll try American Airlines.

Here is a picture of my Audi TT in celebration of Audi’s victory anyways…. 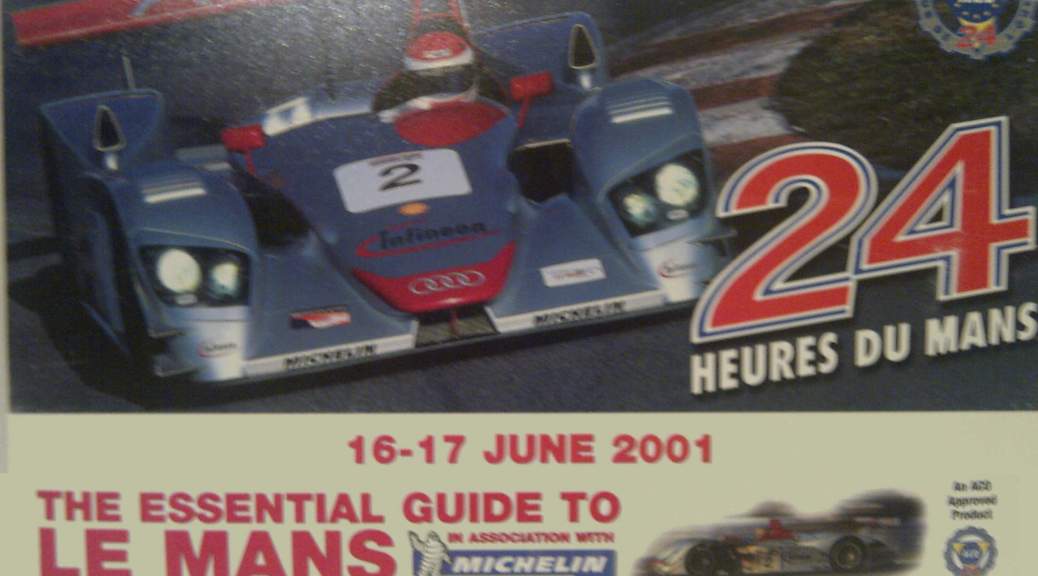 It has not been since Father’s Day in 2001 that I have gone to the 24 Hours of Le Mans race in Le Mans, France.  Although I have been a “car guy” my entire life, it was my first Le Mans style race I had been to and the highlight of my first trip to France.  2001 marked the return of Bentley to Le Mans after a 71 year hiatus and was also the year I purchased my Audi TT.  It was a very good car year.

Well, I will finally be going back this year.  My wife will already be in France on business for a month and I was able to get a week away to meet up with her.  I could have chosen either end of her trip; at the beginning and attended Le Mans or at the end and attended Le Mans Classic.  I chose the former.  I love the smell of the fuel, the sound of the cars, the raw power you can feel and see as they pull out of a Chicane and down a Mulsanne straight with their unbelievable amount of torque.

I am on a bit of a shoestring and will only go to the race on the 15th to watch the sun come up and finish of the race.  I am a romantic Lotus fan, wanting to see the great marque’s return to prominence.  They make great cars; my first was a 1978 Esprit Series 2 but, I’m not sure what my second one will be yet.  I would love a Lotus VI, even though the more practical side of me says Evora.  It’s hard not to enjoy seeing the dominance of Audi though, no other constructor has had such a run as they have since their debut in 1999 and to watch them race you know why.

We’ll be staying in Paris and taking the train in.  Le Mans in not a big city and hotels are near impossible to get at this late time.   I found a receipt for a Le Mans Polo shirt and baseball cap I purchased in 2001; I don’t remember paying that much (and won’t this time).  Wow! 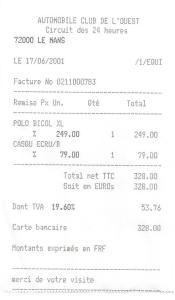 If you are expecting to go on the cheap you will have to work at it.  You can buy tickets on line before the race or I found, in 2001 anyways, that you could purchase them at the gate as well.

I think this is going to be another great Father’s Day.  I hope yours is as good, but if I won’t be seeing you at the track you may be able to sneak in a few minutes of the race when you are out and about on your phone with live streaming here: http://www.lemans-tv.com/