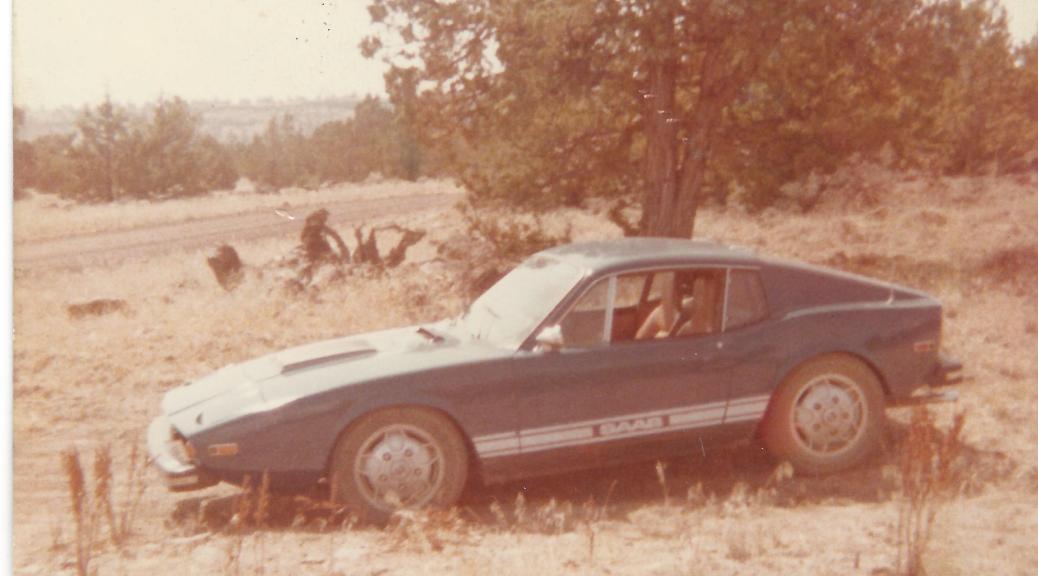 A bit back I identified three cars for investment based on nothing but my personal bias. I chose one car under $5k, one under $10k, and one under $20k.  In this post I’m going to look a little more in depth at my under $5k pick; a 1973 Saab Sonett III.

The Saab Sonett at the head of this post and below is my 1973 Sonett III from 1977.  It was my third car purchased after a 1969 MG Midget and a 1972 Datsun 1200.  I bought the Saab at my first duty assignment out of tech school in the US Air Force. It is the car I took my future wife home in the first time I met her, the car I taught her to drive in, and a car I had many wonderful experiences driving, camping in, and caring for.  From the photos you might not think it was well cared for, but all I could afford at the time was a Kodak 110 instamatic, so the pictures don’t do the car justice.

At one time Saab was primarily an aircraft manufacturer and that fact was heavily used in their advertising.  The picture of a Sonett with a Saab jet sitting behind it.  The Sonett II and III were produced between 1966 and 1974 and 10,219 of them were produced and a subset of that total of 8,368 Sonett IIIs were manufactured between 1970 and 1974.  The first Saab Sonett IIs had a 841cc three cylinder, two stroke engine that would run on ordinary fuel.  From 1967 to 1971 they were powered with a 1.5 liter Ford V4 engine and they have always been front wheel drive.  The V4 engine produced a whopping 65bhp.  In 1971 the displacement increased to 1.7 liters and the engine produced 75bhp and could now top 100mph, or by my speedometer at the time 105mph.   In 1970, Sergio Coggiola design of the Sonett III extended the fiberglass body of the Sonett II by five inches and used the original floorpan.  The Saab Sonett III was never succeeded by another sports car from Saab although they have had many fine sports sedans and coupes, not a car that completely embodies the qualities of a sports car like the Sonett.

First I wanted to make sure that you can get a Sonett for under $5000, so I went to Hagerty to see what the insurance marketplace values my pick at.  Here is what I found:

So, as we can see…. you can get a condition 3 Sonett III for about $5k, but not a great one and you are going to have to negotiate a good deal.

Looking at the same chart it looks like the Sonett III values have actually stayed flat or even gone down in recent years.

Has the market stayed flat because so many Sonett III were made?  Well, in 1967 Porsche made 4141 901 models of various variants, many more than Saab made of Sonett III in any one year and the Porsche 901 models have skyrocketed in recent years.  And of course there are so many stories of cars collected at moon high prices because of their rarity.   It seems that the Saab Sonett III was never a highly desirable car, it was a nitch car, or curiosities at best in terms of value.

I’ll probably still buy another Sonett II or III eventually, mostly out of the feelings I have about them from my great experiences, but based on what I found out, I won’t be recommending them to my friends instead of a good mutual fund.  DON’T BUY!!!  (for a great investment anyways). 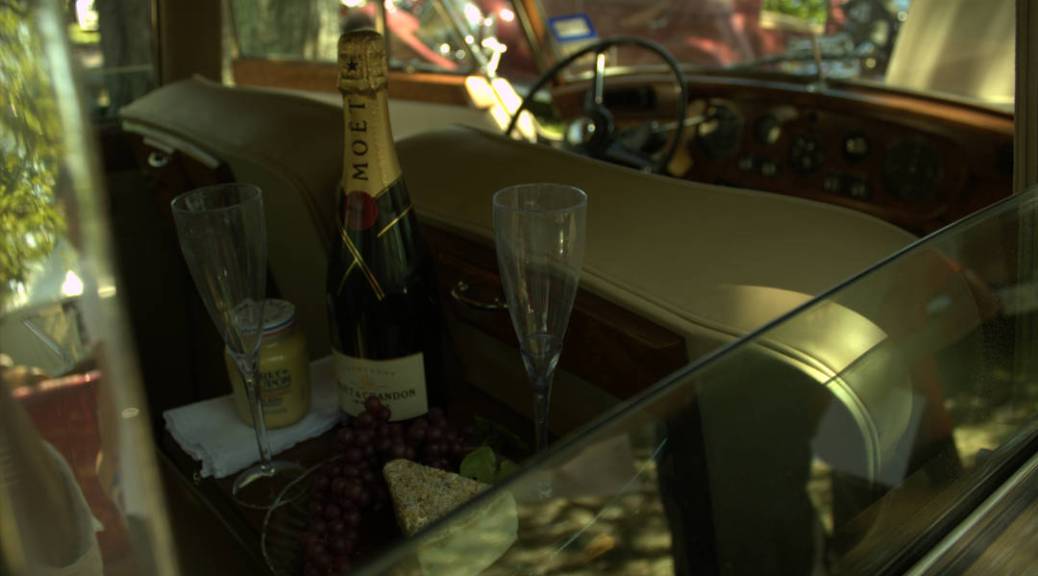