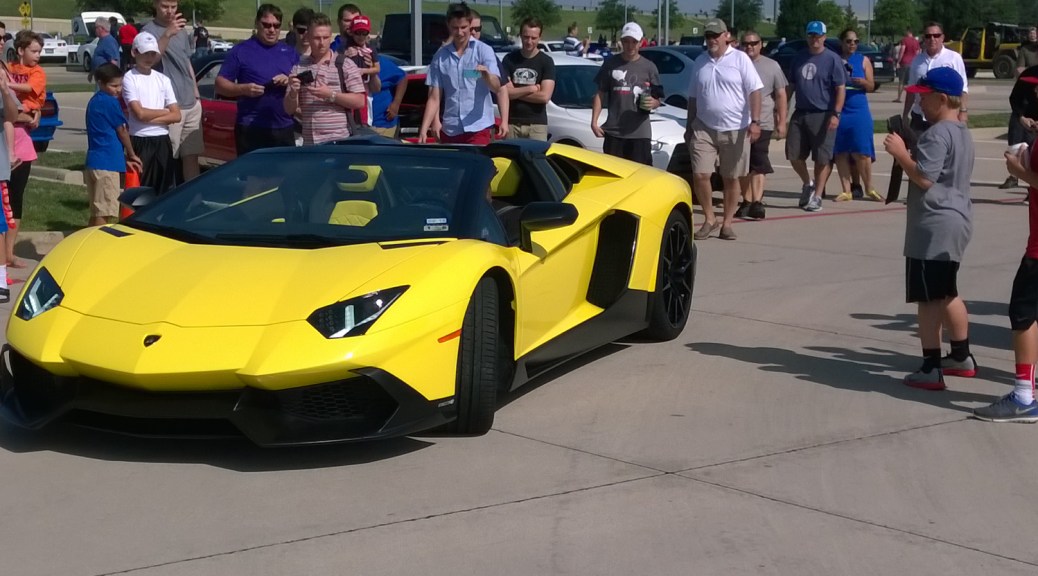 What: Dallas Cars and Coffee
Where: Classic BMW, Plano, TX
Who: Open and Free of charge
When:  First Saturday of each month
Link: https://www.facebook.com/pages/Cars-And-Coffee-Car-Meet/150333544987427
Link 2: http://online.carsandcoffee.info/

Cars and Coffee are shows that take place world wide.  I’ve been to the Dallas one twice and it has been a treat both times.    Last weekend I got a little late start and didn’t arrive until around 9:30 AM and a lot of the cars had already started to leave.  There is no charge to show your car or be a spectator, so look them up and get out as often as you can.  The Dallas show is actually held at Classic BMW in Plano.  I don’t know how the other Cars and Coffee gatherings are around the world, but in Plano there are all kinds of cars from 60’s Volkswagens to a Lamborghini Aventador and everything in between.

Because I was late and the cars were already starting to leave I got to listen to some of the best engine sounds as the V10’s and V12’s were pulling out of the lot and putting on their own show for us spectators.

I ran into Val Herrera with his Alfa GTV6 Callaway and got to talk to him for a bit about the history and acquisition of the car.  Val does great work and takes a lot of pride in his cars.

There were several exotic cars; besides the Aventador there was a pair of yellow Lamborghini Gallardos, a Ferrari F430, a Jaguar F Type, an Audi R8 V10, and a McLaren 650S Spider plus a handful of more common exotics like a Lotus Elise and a Ferrari 328. 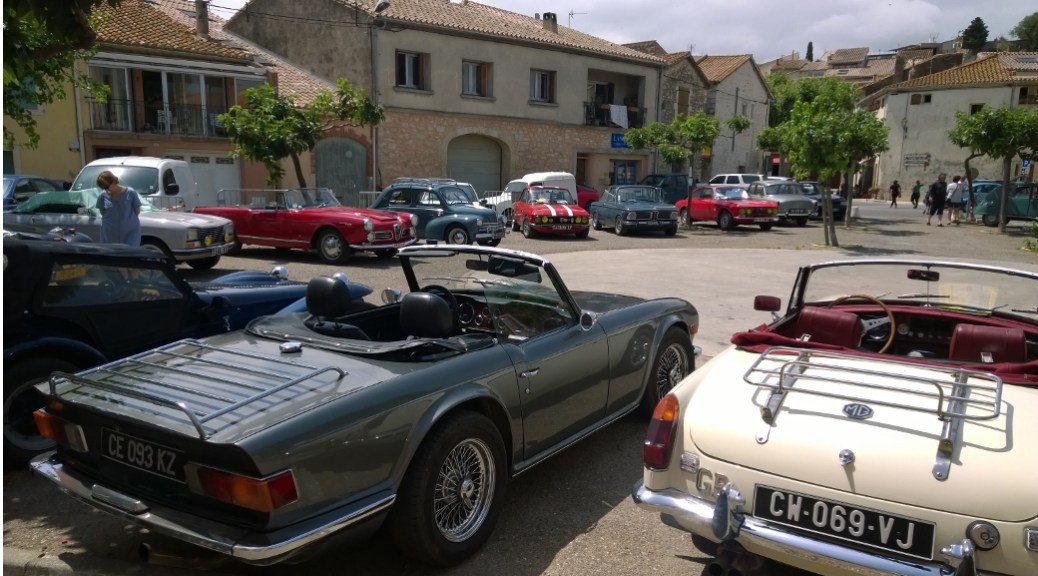 What: Vacation
Where: Peyriac de mer, France
Who: Classic Sports Cars
When:  June 22, 2014

Who would have guessed that Peyriac De Mer, France would be such a great place for sports cars?  This seemingly sleepy little town in the south of France has one pizza shop, a tabaco store, a bakery, a grocery store slightly smaller than a 7-11, and one restaurant/bar.  I stayed there 5 days and on two of those 5 days they had sports car shows; the AC Owner’s club of France and this group of beautiful cars that motored in while we were out at the Carcassonne castle doing the tourist thing.  After such a great show for us with the AC club, I jokingly told my wife that I hope they have another group of cars for us to enjoy when we got back from the castle; and wow did they.

If you have been to France you know that not everyone knows English and some of those that do won’t let on, so here again I had a language barrier and had little interaction with the owners, but I hope you enjoy the pictures anyways. 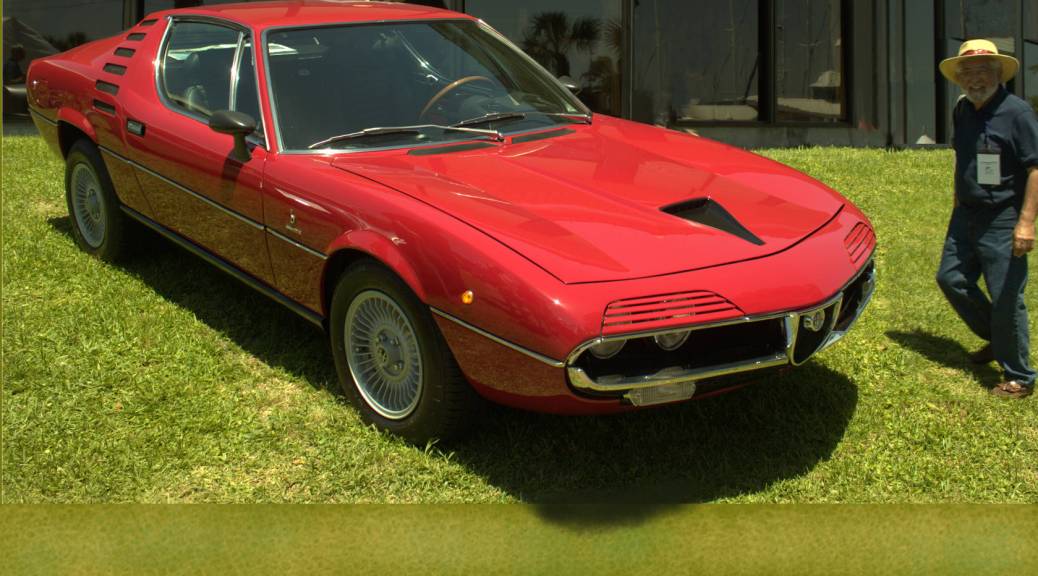 My eyes were drawn to the Alfa Romeo Montreal Coupe I saw sitting up on the hill overlooking the docks at the Keels and Wheels Concours d’Elegance.   Throughout the day I had stopped by a couple of times hoping to meet the owner and get a few words with him or her.  On my last pass by I was listening to a gentleman that I later learned to be the owner, Val Herrera, talking to others interested lookers about his car.  He was telling them about it’s history and what work he had done since owing it.  The car’s front end has four headlamps partly covered by grilles that retract when the lights are switched on, but Val was able to show us how they worked manually.

Val is a retired Texas Instruments engineer with a collection of 10 different Alfa Romeos.  Val bought his first car, an Alfa Veloce Spider,  in Hollywood, CA almost at the corner of Hollywood and Vine in 1965.  Val found this particular Alfa Montreal in the Alfa Owner’s magazine in the cars for sale section and it was first come first serve; so Val headed to Phoenix, AZ back in 2002 and has not regretted that trip yet.

Val’s Montreal has 42,000 original miles on it and other than replacing the timing chain the engine has not been opened.  Val has installed both new paint and a new interior on his car.  That was good enough to enter it in Concours Italiano in Monterey, CA.  A recent record setting sale at Gooding and Company Scottsdale set the bar at $176,000 for a 1971 Alfa Romeo Montreal Coupe.

Val also owns one of only 35 copies of the Alfa GT6 Callaway.

Comments from around the web:

“It made 200hp out of just 2.6 liters, a very respectable specific output for a naturally aspirated car. Its high redline and small displacement made it one of the most lively powerhouses of its day.” Concept Carz,  http://www.conceptcarz.com/vehicle/z14231/Alfa-Romeo-Montreal.aspx

“Very few road cars can claim an engine with antecedents in both long-distance sports car racing and Formula 1 but the Alfa Romeo Montreal is one of them. ”  Bonhams, http://www.bonhams.com/auctions/20099/lot/233/